ThermoAnalytics headquarters is based in a cold, northern region of the United States. Specifically, the Keweenaw peninsula which juts out into the middle of the largest freshwater lake in the world, Lake Superior. This combination of cold weather and ample moisture from the lake creates the perfect recipe for "lake effect snow." This year alone we received 357.2 inches (that's 907.3 centimeters!) of snow. To say the least, we are no stranger to cold weather. 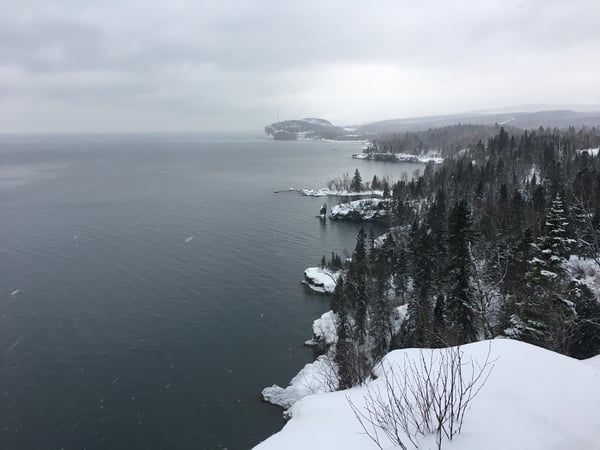 The winter weather begins in late October and (typically) ends in early May. Due to the long winter season, we must find ways to enjoy the cold weather. Typical pursuits include cross country or downhill skiing, snowmobiling, ice fishing, shoveling, and more. (Ok, that last one is more of a necessity than for enjoyment.) While it may be cold outside, many of these activities cause us to work up a sweat. While sweating is good and helps regulate our temperature, a build-up of moisture in our clothing layers can create a big problem. 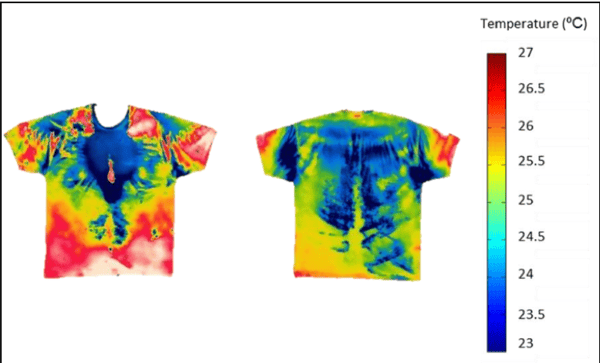 When moisture is present in clothing (like sweat), the thermal and evaporative resistance of the clothing system can be reduced. This means that a person will begin to feel cold as the sweat evaporates more quickly (due to lower evaporative resistance) and draws more energy (heat) away from the body. They will also feel cold because more heat can escape through the clothing layer due to a lower thermal resistance (R-value). For clothing designers who use simulation to begin vetting their clothing systems, a simulation model that considers the storage of liquid water and diffusion of water vapor within the layers is imperative. The designers won't be able to simulate accurate thermal predictions without simulating how moisture will affect the clothing.

Basic clothing models account for evaporation at the skin based on the overall evaporative resistance of the entire clothing stack. However, these models don't usually account for the layer-to-layer transport of vapor within the clothing system.

An advanced moisture model is essential for designers who create layered systems to test for effective clothing performance. If they can simulate moisture transfer, they can improve the accuracy of thermal predictions where clothing-based condensation and evaporation occur. They can then create effective clothing systems for a variety of conditions.

This type of layer-to-layer transport isn't the same as wicking, which is when fabric uses "capillary action," for liquid to move between the layers. Capillary action is the movement of a liquid through tiny spaces within the fabric due to the molecular forces between the liquid and the fabric's internal surface. What we are examining, in this case, are scenarios where water vapor reaches its dew point which then results in a phase change between the layer. This type of modeling isn't just for sweating, but for any moisture that may affect the way the clothing system operates, like precipitation or immersion. The evaporation and condensation of moisture within the fabric layers can have an impact on clothing temperature, and ultimately, affect the thermo-physiological response of the person and their perception of comfort. 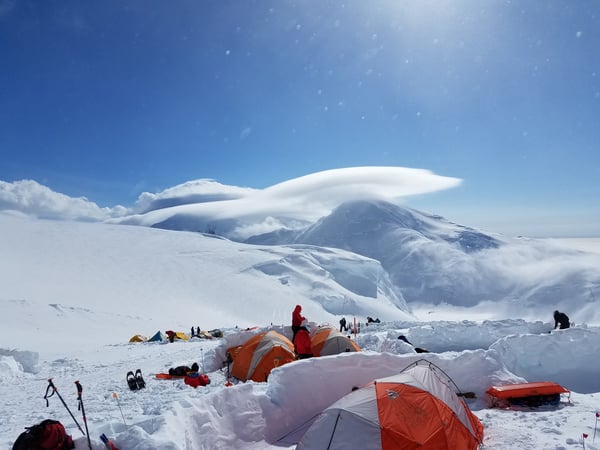 So, when we sweat in our jackets, the water vapor seeks to escape through the clothing layer. Sometimes when the water vapor escapes, it can reach its dew point, causing a build-up of condensation on the garment. The condensation causes the temperature of the clothing to increase, thereby increasing sensible heat transfer to the environment. This scenario also changes the R-value (thermal resistance) of the clothing system, diminishing the system's ability to resist heat transfer. 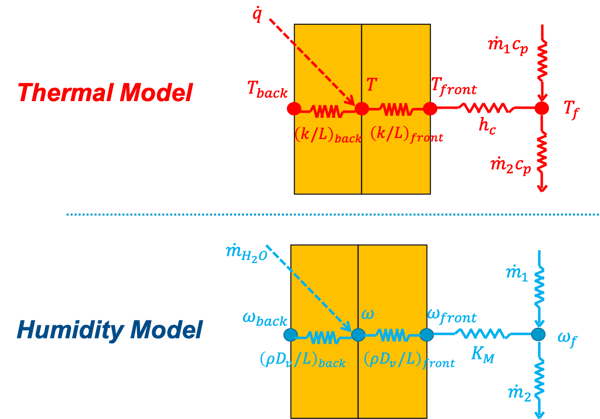 Since moisture transfer seeks equilibrium just like heat, we implemented a unique feature in TAITherm that can simulate these types of scenarios. It is important to note that this software code is more than a command line tool, but that the feature is robust and offers graphical representations of the thermal predictions (beta test option in 13.1 release). When coupled with our Human Thermal Extension, the moisture transfer feature is a powerful tool for clothing designers that can give them the power to determine how effective their clothing systems will be under all sorts of conditions. The Human Thermal Extension gives TAITherm added capability to predict human thermal comfort and thermoregulation under transient scenarios. Simulation is vital for designers looking to increase the performance of specialized clothing for extreme conditions or those endeavoring to optimize effectiveness.